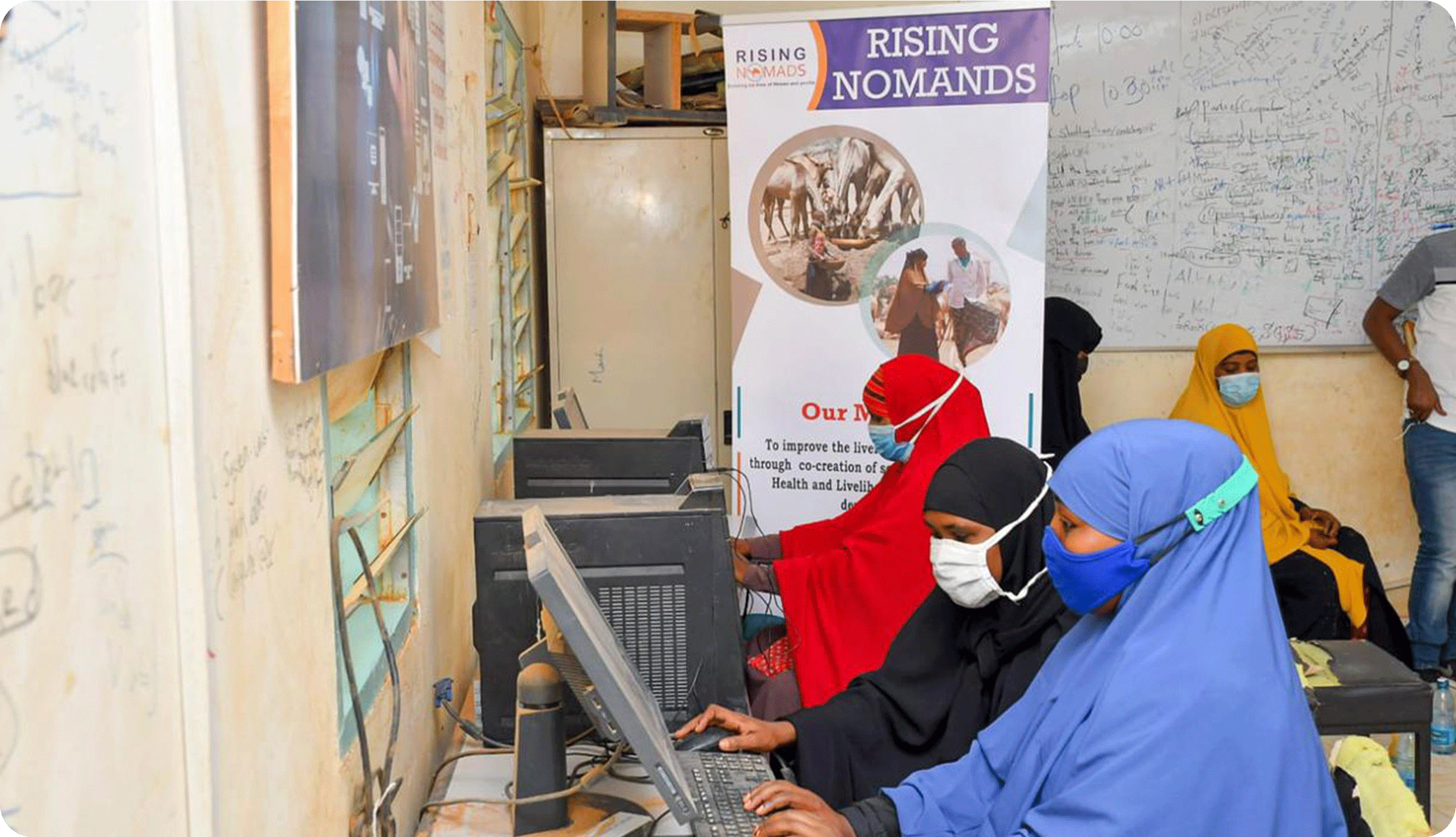 Rising Nomads believes the Climate Crisis has reached a critical tipping point that requires massive investments in mitigation if the most vulnerable are to avoid the most dire consequences of global warming. The Horn of Africa one of the most affected frontline communities confronting the direct effects of the climate crisis. In 2020, “an estimated 12% of all new population displacements worldwide occurred in the East and Horn of Africa region, with over 1.2 million new disaster-related displacements.” From disruptions in annual rainfall resulting in frequent and persistent drought to drastic weather events, deforestation and the devastation of pasture land, The Horn has experienced the climate crisis as a crisis of physical and economic survival. Climate change has both exacerbated the impact of violent conflicts, and disrupted the ability of communities to re-emerge from conflict-induced collapses in governance. Rising Nomads is committed to supporting communities so they can take the lead in determining the priorities and approaches to mitigating the effects of the climate crisis while simultaneously expanding their own capacity for climate resilience and conflict resolution.